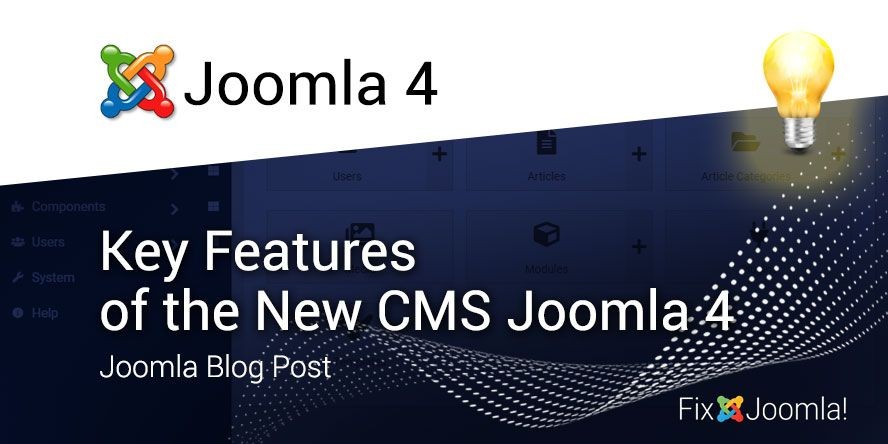 Key Features of the CMS Joomla 4

It's not so long now to wait for Joomla 4 to enter the market. Presumably, Joomla 4 will be released in the 1st quarter of 2020. At the same time, Joomla 3.9 will be supported for 2 years and this is quite a sufficient period for reflection and transition to a new platform. It is important to understand that Joomla 4 will only work on PHP 7.

Although Joomla has improved over time, it has been developed using technologies from a decade ago. To date, Joomla is no longer in line with modern technology.

For this reason, Joomla is simply obligated to change in order to catch up with modern technologies and meet the needs of users. 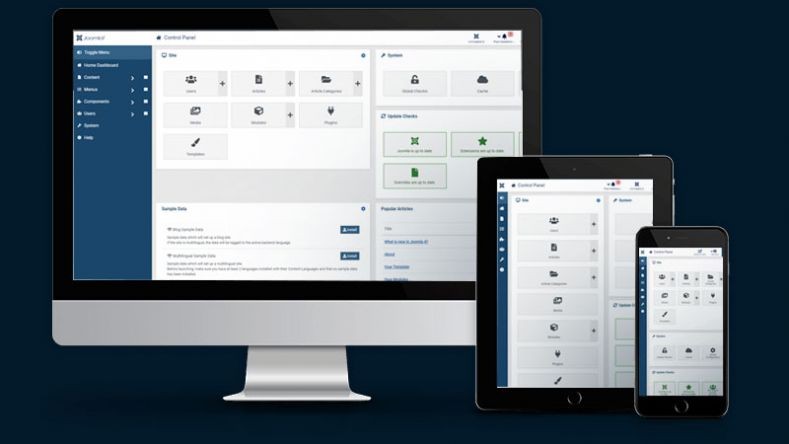 Joomla 4 is a completely new platform that resembles Joomla 3 only in some visual features.

Joomla 4 is a new step in the evolution of Joomla. It will become more powerful, but at the same time, easier to use. Significantly improve and expand the unique characteristics that distinguish Joomla from other CMS.

The priority areas for the development of Joomla 4 are the creation of the ability to upgrade the kernel with just one button, as well as minimal backward compatibility for existing extensions.

The Joomla 4 framework is a combination of vertical components, such as content or users, and horizontal components, such as workflow, tagging, and versions. This means that while development is going on in the core of Joomla, at the same time all new features of the functional, such as publishing, tagging, etc., will be automatically added and will be available for configuration in Joomla.

Joomla 4 and its newer versions will use Bootstrap 4.

Along with this, JLayout will be used to develop a common JavaScript library proxing Bootstrap. This will help reduce the work of developers to properly display and work the extension on all Joomla templates.

Joomla 4 limits the responsibilities of a component. A component is only required to implement its own basic functionality. Everything else is embedded in the system. Thanks to this, the amount of code during development will be significantly reduced. Components will use the Command Line Interface (CLI) to simplify and expand the functionality where another multitask controller is located. The way Joomla uses MVC to determine the orthogonal structure of components and their operation.

Why should users, and especially developers, pay attention to Joomla 4?

Joomla 4 is a giant step forward and a huge gap from the previous version of Joomla. Developers will have to change the code in their extensions to make them compatible with Joomla 4.

However, the good news is that Joomla 4 simplifies the work of developers to create extensions with free tags, versions, etc. The new version supports many improvements to cancel unnecessary standard tasks that will greatly facilitate the solution of developer tasks in this CMS. 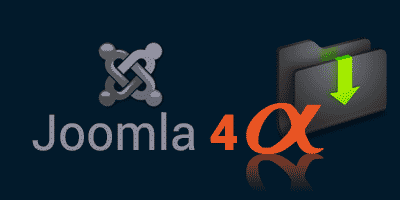 We have published a test page rendered by CMS Joomla 4 on FixJoomla. You can see it by the link: Joomla 4 Test Page >>>

Joomla vs WordPress? The right choice of CMS in 2020!

Telegram: @FixJoomla
mail: This email address is being protected from spambots. You need JavaScript enabled to view it.
FixJoomla.com
© All rights reserved 2019-2021